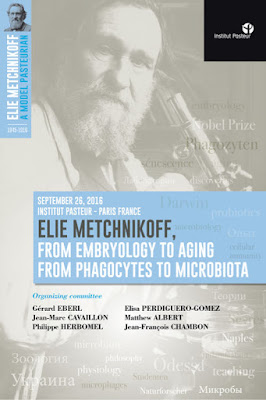 I have received the following information from the Institut Pasteur Paris. It seems very interesting. But, unfortunately, I'll have things to do on that day and cannot attend it. For those who can, please enjoy it!

This year, we celebrate one century of the many legacies of the great scientist Elie Metchnikoff. The Institut Pasteur organizes a one-day symposium that will illustrate the impact of his work on modern biology. The Institut is also displaying an exhibition that presents the life and multiple achievements of Metchnikoff, who worked here for 28 years. Metchnikoff is considered the father of phagocytes, innate cellular immunity, probiotics and gerontology. His initial work as a comparative embryologist led him to be one of the founding fathers of immunology, and develop a new understanding of physiology and pathology. As an illustration of his boundless curiosity, his team investigated inflammation in guinea pigs, rats and frogs, infectious diseases in monkeys, caimans and geese, and aging in parrots, rabbits, dogs and humans. He then explored the gut microbiota of these animals and generated germ-free organisms. His later studies led him to propose that fermented milk delays the deleterious and pro-aging effects of toxic compounds released by putrefactive gut bacteria. Finally, he was also a philosopher, and ventured into writing essays on natural harmony, human disharmony, pessimism and, in the face of it all, optimism. In all these fields, Metchnikoff has been a visionary, publishing more than 200 papers in the Annales de l’Institut Pasteur. He has also been a remarkable team leader and mentor, supervising more than 100 young trainees and collaborators. This symposium will begin with an opening talk to remind us of the life and many achievements of Elie Metchnikoff. The sessions will then illustrate the four major scientific fields pioneered by Metchnikoff - embryology, macrophages and immunity, microbiota, and aging. The speakers will illustrate these periods through their own work, and project their modern visions of Metchnikoff’s legacy. Finally, a closing talk will reflect on the visions of Metchnikoff for the future of biology.

Session 1 - From embryology to immunology


Session 3 - Influence of microbiota on immunity and health

Activites for the ISHE: organize two types of gatherings, Sci-phi SHE and PAWL 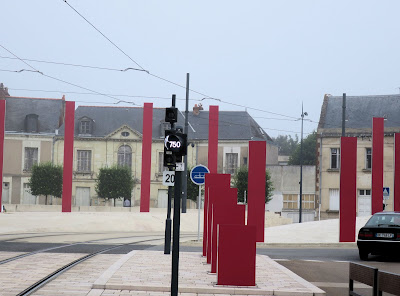 In this entry, I am going to briefly explain our activities for the first mission, namely to organize two types of gatherings: one is to discuss scientific topics from the perspectives of history and philosophy (Sci-phi SHE=Science & Human Existence) and the other is to discuss 'philosophy as a way of life' (PAWL) by focusing each time on a philosopher who developed this type of philosophy. Since 2011, we have organized 9 + 1 gatherings for the first type and 3 gatherings for the second. The followings are the hard data: 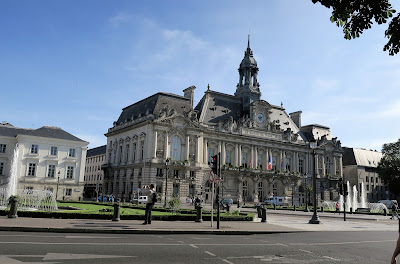 In 2013, I established the Institute for Science & Human Existence (ISHE). My original intention was to bridge between science and philosophy and to reach understandings of human existence. One of the reasons was that I was amazed by enormous amounts of work on science accumulated in the field of philosophy but that most scientists are totally unaware of these facts. This is in stark contrast to the situation of philosophers who always look at science. I thought this unrequited love should be rectified.

Having reflected on 3 years of activities, the mission of the ISHE has become clearer to me.

(1) to popularize science and philosophy by organizing gatherings to discuss scientific and philosophical matters.

(2) to study scientific problems from the philosophical and metaphysical point of view: the first theme is immunity.

(4) to promote cultural exchange between France and Japan: the first attempt is the translation of Philippe Kourilsky's book on new immunology, which was dealt in the previous articles.

(5) to reach an understanding of human existence and eventually to transform our own existence.

Translation is in progress 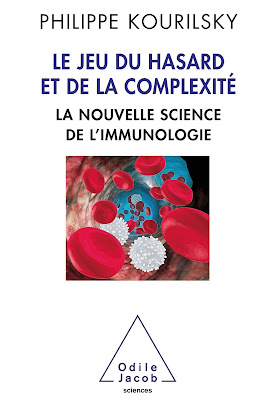 The book I am in the process of translating into Japanese is Le jeu du hasard et de la complexité (Odile Jacob, 2014) by Dr. Philippe Kourilsky, emeritus prof. of the Collège de France and the former president of the Institut Pasteur. English title would be The Game of the Chance and the Complexity. I have finished about two-thirds.


Novalis (1772–1801) left notes on translation. According to his notes, there are three types of translation: the first is literal, the second with interpretations and the third mythic. Novalis thought the third is of highest grade, for which there had been no models. However, one thing is clear: the translator has to be a true artist and the poet's poet. Translating acts are done everywhere and this principle is applied to all cases.


My own policy was to first complete the literal version of translation and then to proceed to the next step, hoping to climb up as high as possible. The visibility of the summit is hard to tell at this point.

Having finished my scientific career in immunology in 2007, I came to Paris from Tokyo to reflect on science and human existence. Until 2016, I have been involved in the study of philosophy and history of biology and medicine at the University of Paris, first as a Master's student and then as a PhD student. At the beginning of the year 2016, I decided to start this blog and to write about the activities of the Institute for Science and Human Existence (ISHE), which I launched in 2013, and the world viewed from the two interfaces between science & philosophy and between France & Japan. I am also invited researcher at the François Rabelais University since 2016. (2017.9.29)